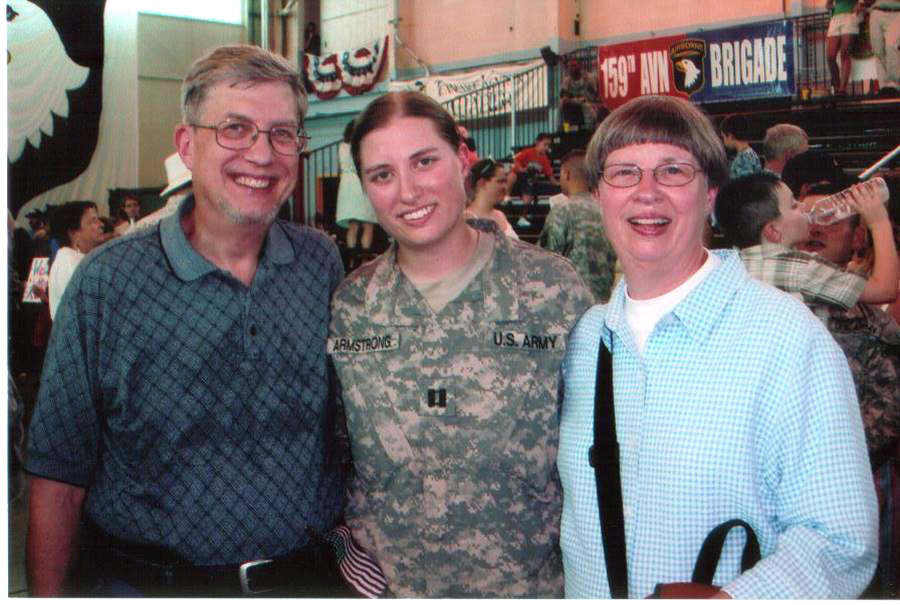 Vets Finding Vets will host a special Brown Bag Lecture on Wednesday from noon-1 p.m. at the Fenton History Center, 67 Washington St, Jamestown. The lecture is titled “Operation Iraqi Freedom­­ Reflections.” Beverly and Stephen Leonhardt will speak at the event.

Beverly and Stephen Leonhardt will share their experiences during this time, as they were both already in the military when our country was attacked on Sept. 11, 2001. Beverly Leonhardt was commissioned in the U.S. Army through Gannon University’s ROTC program. She was awaiting orders when the Sept. 11 attacks occurred.

Her first training and assignment was as a Chemical Officer with 2-101st Aviation Battalion (Apache). In that capacity, she was deployed to Iraq and was one of two women to accompany the Advanced Party Convoy from Kuwait into Iraq for Operation Iraqi Freedom. She spent the last six months of the deployment as Night Battle Captain coordinating flight missions. She redeployed for Branch Transfer Training as a Quartermaster Officer and was assigned to the 426th Support Battalion.

Jobs there progressed from fuel and ammo platoon leader, to acting headquarters company commander for several months, before becoming Support Operations Officer for the duration of her second deployment. Following release from active duty, she pursued education and a career as a librarian, first in the Warren County School District and currently as the Reference Librarian at the Warren Public Library. 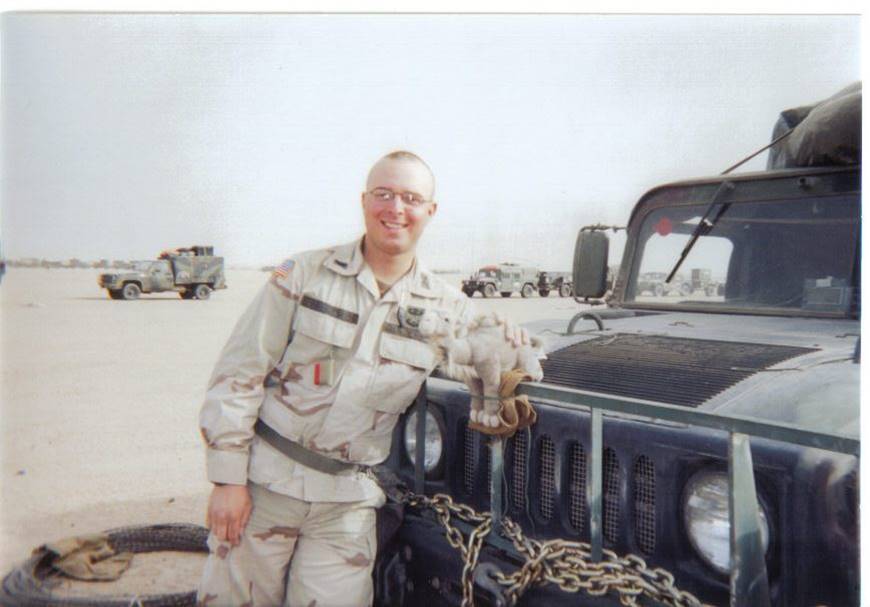 Stephen Leonhardt was commissioned in the U. S. Army through West Virginia University’s ROTC program as a Field Artillery Officer. His first duty station was at Ft. Campbell and was assigned to the 3-320th Field Artillery Battalion. Because of a shortage of officers, his first job was a battalion fire support officer with 2-187th Infantry Battalion, a position normally filled by a captain.

Steve was just a few months into his job at Ft. Campbell when our country was attacked. In early 2002, he deployed to Afghanistan with Task Force Rakkasan as a company fire support officer. In early 2003, he again deployed with the 101st Airborne (Air Assault) for Operation Iraqi Freedom and was part of the initial invasion.

On this second deployment, Steve was a Support Platoon Leader and later a fire battery executive officer, where he was promoted to Captain. After a very busy four years on active duty, Steve joined the Pennsylvania Army National Guard. He served with the 1-107th Field Artillery Battalion in New Castle, Pa.

In 2008, he bid farewell to the Army and has been teaching Spanish and English as a Foreign Language, first in central Pennsylvania, and now in the Warren County School District.

Steve and Bev met at Fort Campbell, shortly before the Division deployed to Kuwait for Operation Iraqi Freedom, and married in December 2006. They live in Russell, Pa., better known as Scandia, with their dog Ember.

Article originally published in the Post-Journal