As the Governor of New York, Fenton lobbied for free education, as a result, tuition to public schools was dismissed. During this time, he also made it his mission to acquire relief measures to benefit veterans and was an instrumental force behind the movement to improve the care and standards of institutions, housing, and other facilities for veterans. 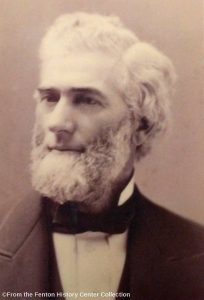 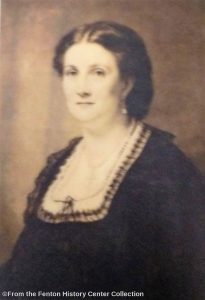 Born in Monroe County, New York on May 4, 1824, Elizabeth Scudder was the second wife of Reuben E. Fenton. The Fenton’s first two children, Jeannette and Josephine, were born in 1845 and 1849 at the Fenton Homestead in Frewsburg, New York.

The family moved into the newly built red brick mansion in 1864. At this time the mansion was called “Walnut Grove”. A year later, Reuben and Elizabeth celebrated the birth of a son, Reuben Earle Fenton. Elizabeth was involved in the women’s Temperance Movement and the Political Equality Club and enjoyed gardening and landscaping. She took great pride in her garden and was happiest when her hands were in the dirt. Elizabeth passed away in 1901.

Josephine, the eldest daughter of Reuben E. and Elizabeth Fenton, was born in 1845. She graduated from Elmira College in 1864 and acted as a social hostess for her father in Albany, New York.

Josephine married Jamestown banker, Frank Gifford. The wedding reception was held in the drawing room in the mansion. The couple had one surviving daughter, Cecile.

She was considered the “cultural center” of Jamestown and played a key role in organizing the Mozart Club. She continued to organize the amateur music club for an additional forty years. Josephine also played a primary role in establishing WCA Hospital and served on the Board of Directors for twenty years. 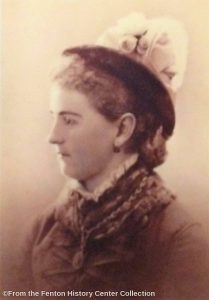 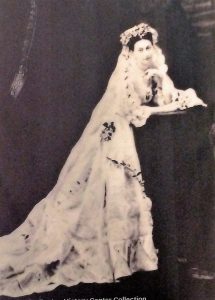 Born in 1849, Jeannette was the youngest daughter of Reuben E. and Elizabeth Fenton. Jeannette attended prep-school and was married in 1870 to the pharmacist, J. Niven Hegeman. The couple had two surviving children and divorced in the late 1870s. After her divorce, she married Captain Albert Gilbert Jr. in 1883. Jeannette and Albert had one child

Jeannette was involved in the organization and outreach of the YWCA. Jeannette died in 1924.

The only son of Reuben E. and Elizabeth Fenton was born in 1865. He attended local schools, St. John’s Military School at Manlius, New York, and Brown University. He was a member and leader of the Fenton Guards, a local militia. Reuben Earle was considered a good future candidate for the local Republican Party and was expected to follow his father’s political footsteps.

After his death, the business was reorganized as Art Metal Manufacturing Company, which employed citizens of the city well into the 1970s. Reuben Earle died in 1895 in Italy while on holiday with his wife Lillian Hayden. 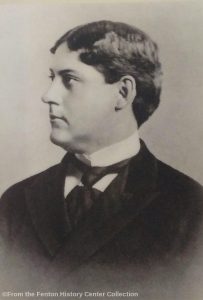