Listed on the National Register of Historic Places, the Fenton Mansion, located at 67 Washington Street in Jamestown, New York, is a landmark, lending distinction and elegance to the passing scene. In its continuing mission as the center for education and preservation of a unique local heritage, it is a valuable cultural institution in the city of Jamestown, New York.

The Fenton History Center operates a museum within the family home of Reuben E. Fenton (1819-1885), U.S. Congressman (1853-1864), New York State Governor (1864-1869) and U.S. Senator (1869-1875), and research center, library, and archives in the adjacent Hall House property. The Hall House is accessible by a private redbrick walkway. A private parking lot is available at both locations.

Reuben Eaton Fenton commissioned local Architect Aaron Hall to design and build the Fenton Mansion in 1863. The Fenton family home has served as the local history center in Southern Chautauqua County since 1964 and was formally recognized by the National Register of Historic Places in 1974. The mansion is of the Italian villa style, reminiscent of the mid-19th century.

Present day, the museum embraces its original authenticity by featuring a number of period rooms, its mission to preserve of history at the local and national level and through its educational programming and its dedication to veterans. 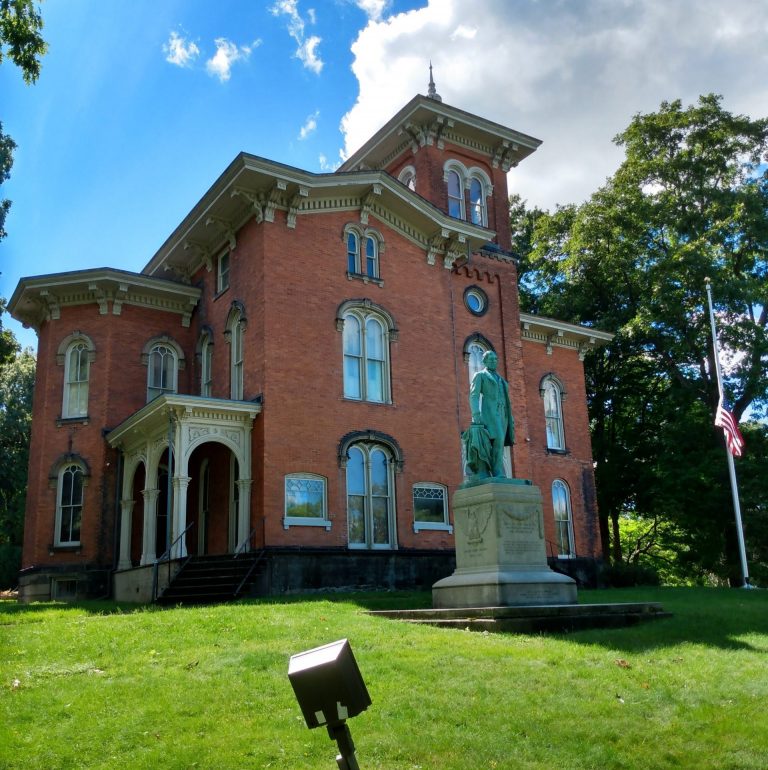 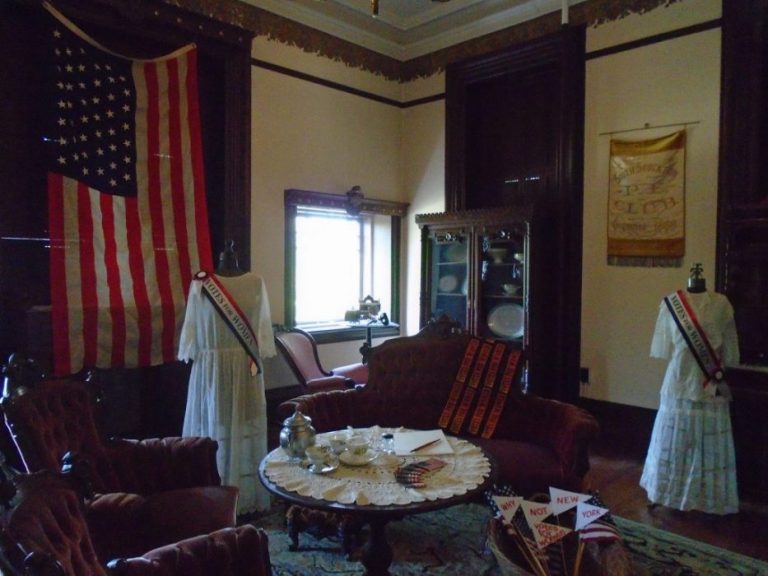 The Fenton History Center also features elegant period rooms, the most notable of which, is the Fenton Drawing Room. Recreated in 1989, it exhibits some of the museums finest artifacts and is the perfect example of Victorian décor. The museum features a number of permanent and rotating exhibits.

Some of the museum’s permanent features include:

Go to the visitor page to learn more about visiting the Fenton. 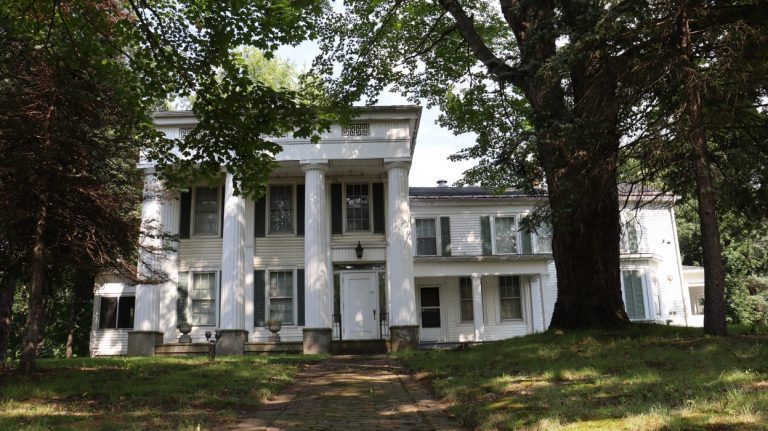 In addition to housing an impressive museum within the family home of Reuben E. Fenton, the Fenton History Center owns and operates a full functioning research center, located 73 Forest Avenue in the historic Hall House. The Hall House is situated adjacently from the Fenton Mansion and is accessible by a private redbrick walkway. A private parking lot is available at both locations.

The Hall House was constructed for William Hall in 1846. Hall, who was a businessman and proprietor in the lumber industry before changing his course to focus on textiles.

At one point in his career, he partnered with William Broadhead and Joseph Turner to create Hall, Broadhead, & Turner Textile Mills. The company later changed ownership to Hall & Company, and later was known as, the Jamestown Worsted Mills. 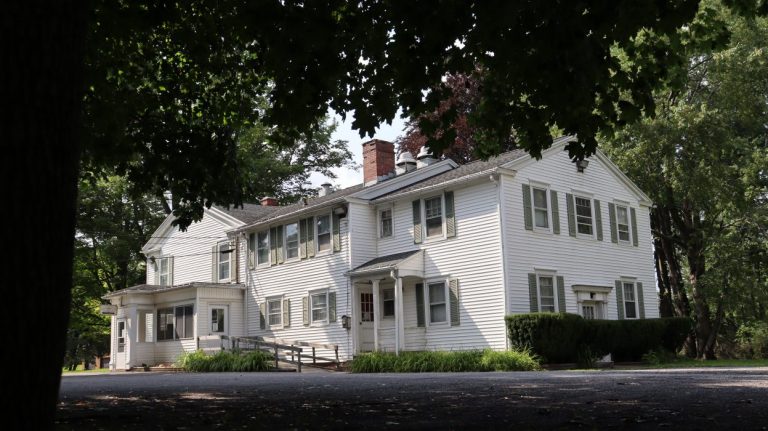